Get to Know Us

Living Skills in the Schools (LSIS) exists because drugs and alcohol abuse costs the United States more than $740 million dollars a year, and one out of four children are exposed to substance abuse in their homes. We make a difference because only 20 percent of students are exposed to effective prevention programming. At LSIS, we give students firsthand experience about the consequences of first use and help them recognize the progression of the disease. LSIS is real-life and allows for credible conversation and trust to begin with students, peers, teachers, and parents which aids in decision-making.

Living Skills in the Schools was founded by George “Tony” Allerton in an effort to address the problem of addiction from a prevention standpoint. The program was created and authorized by the Palm Beach County School District Prevention Center in 1999, and our primary target audience began with fifth-graders as they entered their pre-teen years. Since our inception LSIS has been funded and supported by the CRC Foundation as an annual contribution and a grant that supports our programming.

In 2002, LSIS was approached by high school health departments to be included in prevention programming as increasing numbers of students (aged 13-18) were already experimenting or abusing drugs/alcohol. Our goal expanded to continue encouraging those students who had not yet been introduced to drugs/alcohol to continue on their path of good decision-making and coping skills; we also extended our messaging to urge those who were already using to understand the life-threatening consequences associated with peer pressure, denial, and the progression of the disease. In 2005, LSIS made a further expansion into middle school.

In essence we recognized that in the process of educating the children about the dangers of drugs and alcohol, we are also educating the educators – many of whom may have little to no direct knowledge about addiction. Thus, by also hearing from our presenters, these teachers become better equipped to address the issue as it arises in their classrooms.

Today, Living Skills in the Schools is approved by the Safe Schools Council to serve kindergarten through 12th grade, in addition to colleges and universities. Our program resources have expanded to include an evidence-based social-emotional learning program, drug trend education, college and coping, and our most recent parent program called Hidden in Plain Sight.

During our inception year, we made only eight presentations, followed by 52 the subsequent year. The program has grown at a rate of approximately 20-25 percent per year thereafter until the 2006-2007 school year, when it doubled. As of the close of the 2017-2018 school year, Living Skills in the Schools reached more than 30,000 students with free programming. 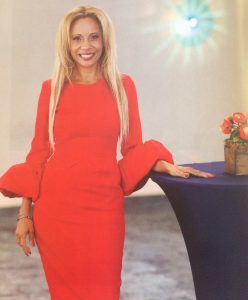 Suzanne is best known as a civic activist and leadership consultant who serves as Executive Director of Living Skills in the Schools. During her four-year tenure as Executive Director, she has led a dynamic team to outcomes that have raised the quality of the program delivery; responded to the needs of educators and students with relevant programming; introduced social-emotional evidenced-based curriculum starting at kindergarten; and has developed a comprehensive program that is progressive, age-appropriate, and real life. Currently, Living Skills in the Schools reaches more than 30,000 students during a school year with free substance abuse prevention resources.
Suzanne has been recognized for her work in the field as the recipient of the Sierra Tuscon Visionary Award; Founder and Former Producer of SUD TALKS; Founder of Project Trailblazer; What Happens After Narcan; Good Sam Good Call; and Co-Founder of Heads Up Florida. She has been a Thought-Leader in the Industry for more than a decade. She has a Masters of Science in Leadership and will complete her Doctorate in Educational Leadership in 2020.

Barbra is the newly promoted Program Manager for Living Skills in the Schools. In her previous role as program coordinator, she achieved record-breaking goals and is well-versed in all aspects of LSIS values, standards of service, and quality assurance. In overseeing the daily operations of the program, she remains dedicated to serving the needs of our teachers, counselors, and school leadership by maintaining the exceptional customer service LSIS promises. Barbra graduated with a Bachelor’s degree in Psychology from Florida State University. In her spare time, Barbra enjoys the beach, spending time with her dog and family, or watching a sporting event (go Seminoles & NY Giants).